In the wise words of Tom Petty - "The waiting is the hardest part."  The final election day votes are being cast as politicophiles such as myself develop politicophobia by the minute.  Here are my bold predictions for Election Day in Arkansas.

1. Cheese Enchiladas - Perhaps the most important thing I am looking forward to is continuing my tradition of eating cheese enchiladas while watching the election results.  This began for me in 2000 as I read somewhere this is George W. Bush's favorite food.  I have since read it is actually cheeseburger pizza but I am sticking with enchiladas.  Great article here on all the President's favorite foods so choose your snacking accordingly.

Prediction - I consume between four to five enchiladas by end of the night.

Result - I only made it to three enchiladas before I got full. 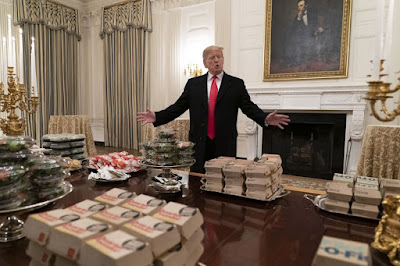 2. An Inconclusive Presidential Race - All signs point towards a lack of decision on Election Day.  Below is my shot at what a the map might look like around midnight - courtesy of RealClearPolitics map maker - but the counting process for Pennsylvania, Michigan, and Wisconsin lends itself to drag on for several days.  There are a high number of absentee votes that will not be counted by the day's end.  Several counties in Pennsylvania have announced they will not even start counting absentee ballots until Wednesday.  And since Biden will do better with absentee voters and Trump will do better with election day voters, it is entirely possible Trump will be leading at the end of Tuesday and then have this change as absentee ballots are counted.

Prediction - At midnight, Trump will have 260 electors and Biden will have 232 with the remaining 3 states holding 46 electors still in doubt.

Result - I was pretty spot on expect for Arizona where I failed to account for the all important "McCain Factor."  (Epilogue - the final result is going to be VERY close.  My guess is Biden 270 over Trump 268 and after a LOOOOOOOONG fight including pressure on the Faithless Electors of the Electoral College.) 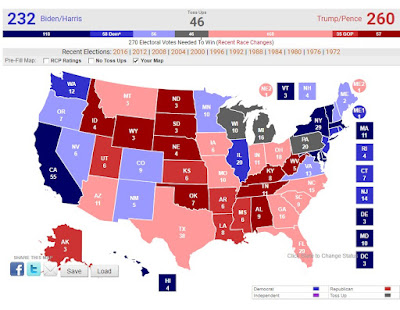 3. French Hill vs. Joyce Elliott - The Second Congressional District race is THE RACE in Arkansas which honestly most people were not expecting.  The Cook Political Report moved this races from Leans R to Toss Up on Monday.  FiveThirtyEight still gives Hill a 66 percent chance of winning but it is getting tighter.  The math here is fairly simple - can Elliott run up enough of a lead in Pulaski County to overcome Hill's lead everywhere else?  In 2018, Democratic candidate Clarke Tucker won Pulaski by 27,671 votes but lost the election by 15,990 votes. Another question is can Elliott narrow Hill's lead in Faulkner and Saline Counties - the two biggest counties outside of Pulaski.  Early voting points to increase turnout across the board which I think is a good sign for Hill..maybe.

Prediction - Rep. Hill wins by fewer points than the number of enchiladas I consume.

Result - I called it correctly for Hill but it really was not very close. Hill increased his margin from 2018 from seven points to ten points by performing even better in suburbs. Hill more than doubled my enchilada ratio. 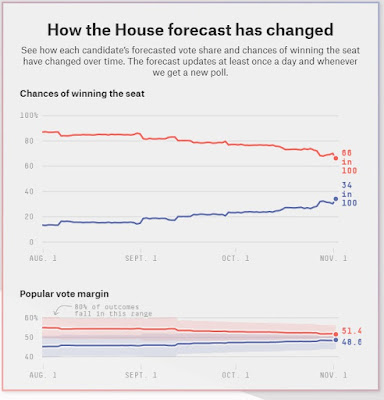 4. Sen. Bruce Maloch vs. Generic R - Republicans currently control 26 out of 35 Arkansas Senate seats and this is likely to change little after Tuesday.  The most likely flip is Democratic Sen. Eddie Cheatham who is expected to lose to Republican Ben Gilmore down in south Arkansas district 26.  But the closest race has be Sen. Bruce Maloch's fight for survival in district 12 where he is doing his best to fight back a red tidal wave.  His challenge is to get voters in his district who overwhelmingly are voting for President Donald Trump and Congressman Bruce Westerman to flip tickets and pick him in the state senate race.  If voters are paying attention, they will.  Maloch has raised over $193,000 spending $150,000 of it on an advertising company in Little Rock called The Friday Group so he is doing everything he can to inform them.  And he is running a markedly conservative campaign such as this ad.  His opponent Charles Beckham is not well known and what little press he has had has been negative. But he has an (R) after his name on the ballot so that might be enough.
Prediction - Sen. Maloch loses a race he deserves to win.  Republicans pick up 2 seats for 28 seats out 35 seats in the Senate.
Result - I called this spot on.  Senate will now have 28 out of 35 Republicans as the GOP swept south Arkansas.  Good for the GOP brand and all but Bruce of one of the last remaining conservative Democrats and an all around good guy so it is sad to see him go. 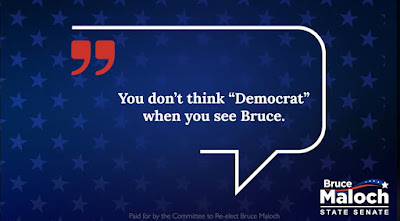 5.  Arkansas House Races in Little Rock Metro vs. Everywhere Else - Republicans also dominate the lower chamber with 74 seats in the House.  Two seats are vacant due to resignations related to job changes - one is a safe Republican district and one in a Democratic district where the Democrats nominated a (likely) illegible candidate.  So if nothing else changes Republicans will have 76 seats.  The story to watch is how different candidate inside of the Little Rock metro area perform compared to those outside the area.  As I wrote about last week, Republicans Reps. Jim Sorvillo, Carlton Wing, and Karilyn Brown face a struggle to hold their seats against well funded Democratic challengers buoyed by a competitive Congressional race.  The most colorful of these has been Rep. Wing's battle against fire fighter Matthew Stallings.  Stalling was outraged that Wing took credit for supporting pro-firefighter legislation in a campaign mailer. He made an extremely emotion video where he was so upset that he has to get up and leave the shot several times. Outside of the LR metro, the state is becoming even brighter red as indicated by the latest UA Arkansas Poll  - 65% of Arkansans prefer President Trump to 32% for Joe Biden and about twice as many Arkansans identify as Republicans rather than Democrats.  This environment will help House members pick up a few seats around the state such as in southeast district 9 where Howard Betty (R) is expected to unseat Rep. LeAnne Burch (D) and district 11 where former Rep. Mark McElroy (R/was I/ was D) challenges Rep. Don Glover (D). And in northwest district 89 where Jed Duggar (R - of Duggar family fame) challenges Rep. Megan Godfrey (D) is a district she barely won by 29 in 2018.

Prediction - Rep. Sorvillo loses a close one but Rep. Wing and Rep. Brown hold on. Republicans make up for it by flipping at least one district around the state and hold 76 seats out of 100.

Results - Democrats did keep it close in Pulaski but right now all the incumbent Republicans have held their seats albeit by only 107/108 votes in two races.  Republicans picked up district 9 and 11 in their south Arkansas sweep and should also pick up district 12 in the court challenge.  I believe this puts Republicans with 78 79 seats out of 100 but will double check this math when all results are finalized. 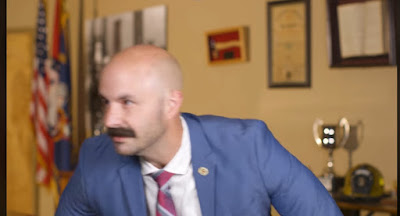 6. Issue 3 - There are three issues on the ballot but only one with its fate really in doubt.  Issue 1 enacts a permanent a half cent sales tax for roads and for some reason Arkansas voters seem to always approve these type of proposals.  Issue 2 has a ballot title that no one understands but sounds like it creates term limits for state legislator.  In reality, it is just modifies existing term limits in strange and unusually ways but it sounds good from the description so it will pass.  Issue 3 however is a different matter entirely.  In short, the measure would make it more difficult for future ballot measures to get on the ballot.  Arkansans like our ballot measures and tend to vote against anything that hints of taking our of ability to have a voice in the process. We take are motto - Regnat Populus - seriously.  However, a coordinated effort from prominent Republicans such as Sen. Tom Cotton have advocated for the measure giving it a boost.

Prediction - This one will be Populism vs. Republicanism.  I give Populism odds.  Issue 3 fails.

Results - I called this one spot on. Issue 1 and 2 passed. Issue 3 failed. 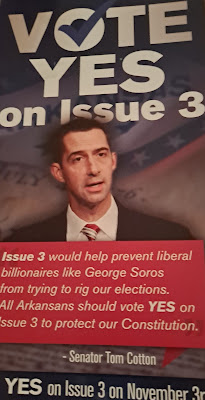 What did miss?  Where am I wrong?  What other predictions do you want to know about?  And what snack food are you eating on Tuesday? Let me know on twitter @TolbertARPX and follow me on election night.