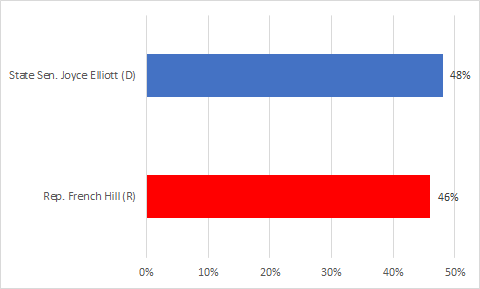 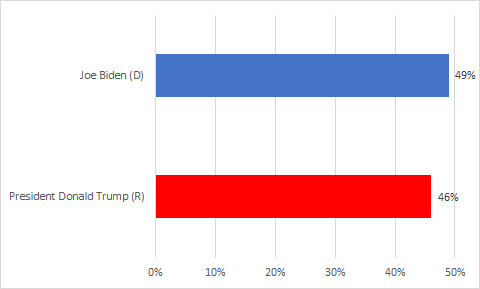 Sample size was 605 likely voters conducted between September 10 - 16. (It also says it has "an oversample of 102 African American 2020 voters" which I don't know exactly what that means.)
I will add I was polled on this race on September 16 and I believe it likely was this poll.  The live call poll was lengthy - probably taking about ten minutes to complete.  The pollster asked initial head to head of Trump v. Biden (without an option for third parties or other candidates,) generic congressional R v. D, and then Hill v. Elliott.
The initial questions were followed by several glowing statements about Elliott (champion of teachers and education, bipartisan state legislature, reformer of criminal justice, etc.) and then negative attacks on Hill (robber of social security, cronies with big banks, etc.) and asked if these statements changed your mind on Hill v. Elliott.
So it is most definitely a push poll paid for by groups backing Elliott. BUT Republicans would be wise not to dismiss this entirely.  The Second Congressional District is most definitely the strongest Democratic district in the state and Hill looks to be locked into his closest race yet.
Posted by Jason Tolbert at Thursday, September 24, 2020