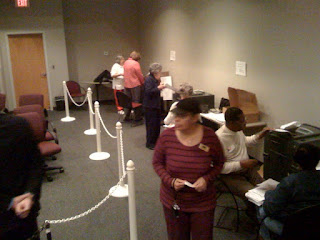 The recount for state representative race between Kelly Eichler and John Edwards is still underway. I just spoke with the Pulaski County Election Commission and according to them the recount began this morning and is not yet over. They did not know when the recount may be completed. Before the recount, Edwards held a 74 vote lead on Eichler with 7,044 votes to 6,970. I am not an election expert but since it is now after 2:00 PM, it seem like this recount is taking a while. I wonder if that means anything. When I find out the recount results, I will let you know.

UPDATE (3:30 PM)– According to the PCEC Office, the recount is finished and the commission is currently meeting, the recount results should be released within the hour.