“The Huckabee Report” to Begin Airing on ABC Radio 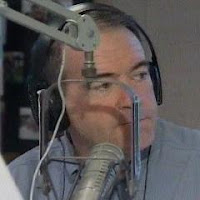 Good Morning, Americans! ABC Radio announced today that they have signed Gov. Mike Huckabee to deliver a daily radio broadcast. “The Huckabee Report” (great name!) will begin broadcasting on January 5 in the morning and afternoons. It will focus on the day’s current events from Gov. Huckabee’s perspective. This sounds to me a whole lot like the Paul Harvey Show which also airs on ABC Radio and has featured Gov. Huckabee as a guest this summer. With his new radio show, Gov. Huckabee is going back to his roots to his first job at age 14 for a local Hope radio station. I know David Kinkade and Max Brantely will be thrilled to have another source to fill their Huckacraving beside the weekly Fox News TV show “Huckabee.”

UPDATE - I asked Dave Elswick from Little Rock radio station KARN if they plan to air "The Huckabee Report" and he said "I haven't even heard the demo." So I guess stay tuned.

UPDATE III - Chris Maiorana, the webgenius behind Huckabee for President's website, reports on his blog that www.MikeHuckabee.com will host the audio to "The Huckabee Report" in case you can't get it on your local radio station. That should make for some good blog links as well!
Posted by Jason Tolbert at Thursday, November 13, 2008