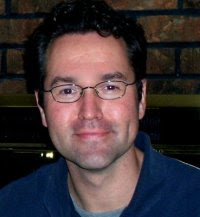 Seeing as my day job as a CPA is distracting me from my FREElance (emphasis on the word free) blogging, I will direct you to some interesting analysis of several state legislative races from my fellow FREElance blogger David Kinkade. Kinkade starts the day by offering an analysis of two hotly contested state representative races including a three way race to fill the district 81 seat vacated by term limited Republican Johnny Key. Kinkade goes on to continue his notorious rumor mongering in the recent developments regarding Scott Smith’s efforts to hold the District 29 seat for the Democrats against the more than formable challenge from Republican Ann Clemmer. If these rumors turn out to be true, look for Clemmer to win in a landslide, provided the main stream news sources in the state pick it up.

Kinkade also continues his debate series with a look at the State Senate race between incumbent Republican Senator Gilbert Baker and Democratic challenger Joe White. According to Kinkade’s sources, Sen. Baker currently holds the advantage in the polls but the race is still pretty close. Kinkade’s series last week resulted in flurry of developments in the District 67 race between Democrat incumbent Rep. Steven Breedlove and Republican challenger John VanGorder. Will this week’s series lead to another “Tolbert Challenge”? Possibly, as Gilbert Baker has completed the Family Council and Arkansas Right to Life survey while Joe White has not. Stay tuned.