Several retailers from around the state, lead by Wal-Mart and Dillards, met today at the state capital to discuss creating a back to school sales tax holiday. They correctly point out that three of our neighboring states have such a holiday - Tennessee, Texas, and Louisiana - which sends many parents across the state line to do their back to school shopping. Perhaps this is also the trip across the state line when they pick up their lottery tickets as Bill Halter is also talking about. The sales tax holiday is a growing phenomenon across the country with 17 states currently with some type of measure. I recently visited Minnesota and they actually went a step farther by eliminating the sales tax on food and clothing year round. You better believe that draws consumers to the Mall of America to take advantage of this tax savings.

Of course, Gov. Beebe’s office was reserved to the idea of a sales tax holiday, pointing out that this could end up costing the state $5 million annually in lost revenue. However, another way of looking at it is that this will save the taxpayers of the state $5 million each year to pay for their children’s back to school supplies. Plus, it will stimulate in-state retail sales as people stay home to shop.

David McCoy, candidate for State Representative in Benton and the surrounding areas of Saline County, actually proposed this idea in a press release he put out several weeks ago. “In many areas of the state, consumers pay a state sales tax, a county sales tax, and a city sales tax on each item they purchase,” said McCoy. “My plan would offer some relief to taxpayers to help them prepare for school.” He added, “This type of idea has been considered in previous legislative sessions, but now when Arkansans face rising costs everywhere, this tax relief is needed more than ever. The sales tax holiday is working well in other states, and it will work here too.” 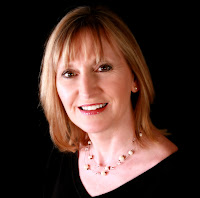 Also weighing in on the subject is Ann Clemmer, candidate for State Representative in the area of Saline County which includes Bryant. "I think a sales tax holiday is a great idea," says Clemmer. "It would allow a break for families during that expensive back to school season. As a mother of three, I know how rough the back to school season can be on your pocketbook. Wouldn't it be nice for the state to give us a break just one weekend? With sales taxes are hovering close to 10% for most in Arkansas--this could be a big help."
Posted by Jason Tolbert at Thursday, September 18, 2008

I recently came across your blog and have been reading along. I thought I would leave my first comment. I don't know what to say except that I have enjoyed reading. Nice blog. I will keep visiting this blog very often.